Just before the summer, I was offered the opportunity to participate as a representative of Teosto in the CISAC’s new congress, Copyright Summit, which for lobbying was organized at the center of Europe in Brussels. Expectations were high, would the new arrangement also include new participants and, with them, new perspectives? At least the days program and the spectrum of speakers promised good.

Copyright Summit’s motto ”Creators first” describes the need for CISAC to emphasize creativity and creativity. I note that in this respect the World Organization is on the same line with Teosto’s so-called ” ”Aimed Strategy”. Artists are making a major contribution to the cultural image of the international community and precisely why protecting the work of artists in the turmoil of technology and changing human behavior patterns is so important.

In addition to copyright concerns, the participants of the meeting represented the whole field of music industry; factors, producers, distributors, and other users. Among them were the songwriters Charles Aznavour, Billy Bragg and Robin Gibb. There was also an old familiar Peter Jenner (formerly Pink Floyd Manager) and a few more unknown record label and film producers but otherwise the group consisted of largely different leaders. What happened to the so-called ” What about the committee’s idea of ​​1957 that ”artists themselves know best about their own affairs”?

All of the dialogue was challenged and this is probably the only way forward at national and international level. The purpose of the debate should be to have a fair balance between the creator (author), the publisher, its industrial user (sound industry, radio and TV, ISP) and the legitimate interests of the end-user (music consuming public).

Up until now, this debate has been mainly on negotiating tables, in the lobby or in front of the European Commission. Copyright Summit was an attempt to bring the discussion to the daily level closer to the ground. This meeting was only successful.

In this context, it is important to emphasize the importance of international meetings in terms of communication, networking and informal discussions so that the balance does not seem to be quite negative.

But why are the transformation processes so slow in the area of ​​copyright management? 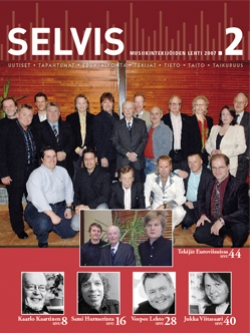