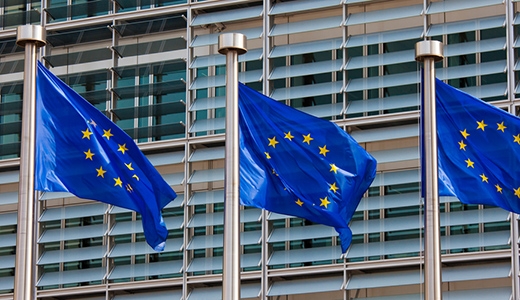 ECSA press release on the informal agreement on the copyright directive

On 13 February 2019, after years of negotiations and an unprecedented pressure from dominant corporate interests, the three European Institutions reached a provisional agreement on the Copyright Directive. The European Composer and Songwriter Alliance (ECSA), which represents over 50,000 professional composers and songwriters in 26 European countries, welcomes this key step forward towards the final adoption of the Directive by the European Parliament and the Council.

Alfons Karabuda, ECSA President said: “On behalf of the music authors community, let me first thank all the negotiators for reaching such an agreement. It was said to be the once in a generation reform, and the EU can be proud of the deal reached yesterday. This is a strong and positive signal to all authors who want to write, compose, create and be fairly remunerated for their creations.”

ECSA welcomes in particular the provisions that reinforce and rebalances the position of rightholders for the online exploitation of their content on video-sharing platforms (Article 13) and provides their users legal certainty in regards to their uploads. We also commend the EU negotiators for including key provisions that acknowledge the imbalance that authors face in front of their contractual partners and the urgent need for change (Chapter 3). In addition, the inclusion of a mandatory right of revocation – which would grant to authors the possibility to claim back their rights in case their works are not exploited – has the potential to empower music authors and ensure a wider access to our common cultural diversity across the EU.

Alfons Karabuda concluded: “If this agreement is confirmed, this will be the first time that the EU adopts basic standards of transparency and fairness to the benefit of authors. It will also greatly contribute to put an end to the unfair transfer of value from creators to a few big platforms and bring more justice and fairness to the digital world. We now hope that the European Parliament and the Council will finally adopt it and turn a blind eye to the interests of a few multinational tech companies who still claim that this Directive will “lead to censorship” to preserve their own business models. The Copyright Directive can greatly contribute to promote a sustainable future for Europe’s authors and cultural diversity. Let’s not miss this chance.”